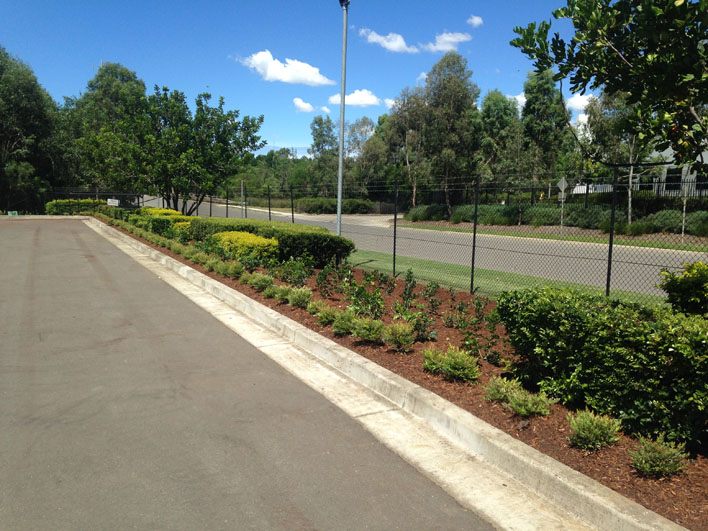 Fresh was engaged by this developer to carry out a number of large property upgrades across Sydney over 2015 and 2016. The developer’s goal was to have a brand of landscaping that was imprinted as their image. We worked with their Landscape Manager in delivering these projects. Architectural landscape plans were provided when needed and were executed by our construction teams. The scope of works included land clearing, excavation works, soil works, planting, turfing and irrigation design installations.

The projects were two existing buildings and not new developments. This meant that our irrigation team had to go through an extensive irrigation problem solving process. Then stage two was to design the irrigation system to meet industry standards. When the systems were installed a number of pump audits and replacements were carried out under our scope of works. As the majority of the projects had existing tenants/clients, we had to have the customers at front of mind at all times to ensure we inconvenienced them as little as possible. A lot of the works have been carried out over Saturdays and Sundays to ensure the clients had no down time with their trade.